Lily - Our Tibetan Terrier & Our Chickens

We sadly lost our rescue dog Tom at only 5 years old in June 2013. When Tom passed I didn't want to think about getting another dog, but as the weeks went by I thought about it more and more and knew if i was to have another dog, it couldn't be a the same bread as replacement and it would have to be a girl dog to be completely different.

On a walk one day I said to Nicholas I'd like a puppy and I'd like to call it Lily. I don’t know where it came from, it just seemed to pop into my head and that was that. We started to look on rescue sites for a girl pup that we knew wouldn't grow too big, but to no avail.

We had been looking after a friends Tibetan Terrier for a week which was lovely for us, we are familiar with the breed of Tibetan Terriers and wondered if the bread would be good for us. We looked online and amazingly found a lovely family who recently had just had a litter of puppies in South Wales. Their dogs are family pets but Linda also took them to shows and amazingly they had three pups left, two boys and one girl. I saw a photo of the girl, her registered name was Blue Velvet, she looked gorgeous so we visited.

Upon arrival the lady got all the puppies out of their pen one by one, they were all clean and fluffy as they had just had their first bath!  She told us they all had registered names, but her grandchildren had given them pet names, one was called Chico, one was called Messy, one was called Van Percy…..and my one was called Lily….

I did actually think I had miss heard Linda, the owner, at first and I kind of looked at Nicholas as if to say…did she just say Lily?? After a while cuddling all of the pups who were running everywhere, playing, rolling around, wanting to be cuddled, I double checked with the lady. The one I had come to see, she is called Lily? Yes said Linda, my granddaughter named her. I cant get over the coincidence and I felt it was meant to be! Scroll down to see lots of photos of Lily and also to see our Chickens below too!

Lily has many comical moments in the day, she is always making us laugh. We try to take photos of her when funny things happen, like when she has been routing in the snow and come sin covered, or when she has had a bath and is having a bad hair day! We hope these photos make you smile as much as they do for us.

When Lily was younger we took her to dog training for a number of years and we were able to do all of the Good Citizens gold, silver and bronze tests along with some within the dog club too. She is very proud of her certificates and rosettes as you can see :)

Lily as a puppy

These photos were taken on the first few days with us at eight weeks old. She was tiny when she arrived. A little bundle of joy. She was quite nervous as of course she had been taken from her safe environment with her mum and siblings, but she soon started to follow me around. She sat between my furry slipper boots while I was at the kitchen sink and Nicholas snapped such a comical photo of her. Then we both cuddled on the sofa and she took a nap. Its so tiring being a puppy!

We have had chickens in our cottage garden ever since we moved in. As you have seen in the photo of Lily above she was sniffing our Buff Orpington rooster and hens. Sadly they have all gone now, leaving one old lady still with us. So we hatched some chicks in an incubator in our kitchen in October 2020! As you can see from the photos they grew very fast!

The two white chicks turned out to be hens and the brown were roosters. We gave the roosters away and are now left with our trio of hens in our garden. They white hens where half grown in the photos below.

Now they are fully grown and about to start laying. Snowy, pictured below has quite a character and Honey, which you can see in the photo below wither the two together is extremely friendly. They both are and run to see us when ever we are in the garden. I will add more photos as the spring and summer unfolds.

We hope that you have enjoyed reading about our chickens and our dog Lily and smiled at the photos. I will try to update the page soon with new photos, so come back soon!

Hello Melanie!
It was all fabulous!! The framer had hung the portrait in his gallery, just as he said. Eight of us had our first course in the restaurant, ordered our puddings, and then I suggested that while we were waiting, we just took a quick look at the gallery, which two of our friends had never seen. Everyone was "in on it" except David, so in we all went, and David spotted the golden retriever portrait almost immediately. We held back a bit and he stared, and went closer, and stared, and stared... and then I went to him and gave him a hug and told him he wasn't seeing things, and yes! it WAS Jessie and it was his! Everybody was laughing and crying all at the same time, not least David - so I'm afraid no photos got taken right then.

It's already hanging on our sitting room wall. The littlest puppy saw it last night and she could hardly believe her eyes - went up to it, looked, came to us, looked round to see where Jessie was: What better credentials for a true likeness could you wish for?!! The framer had done a brilliant job. He'd said to me earlier,"I expect there might be a bit of a kerfuffle when he comes in?" That was to put it mildly!! None of us who were there will ever forget the look on David's face. 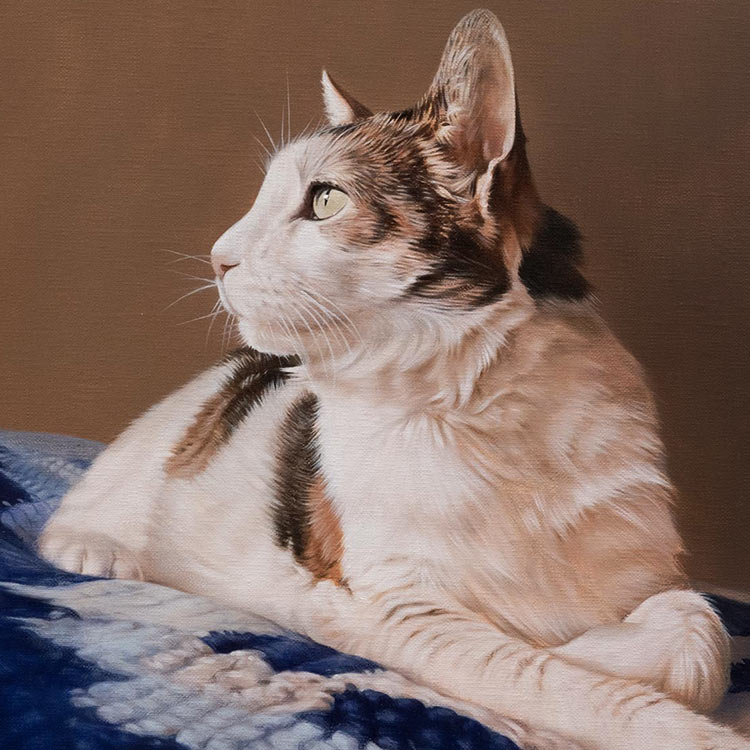 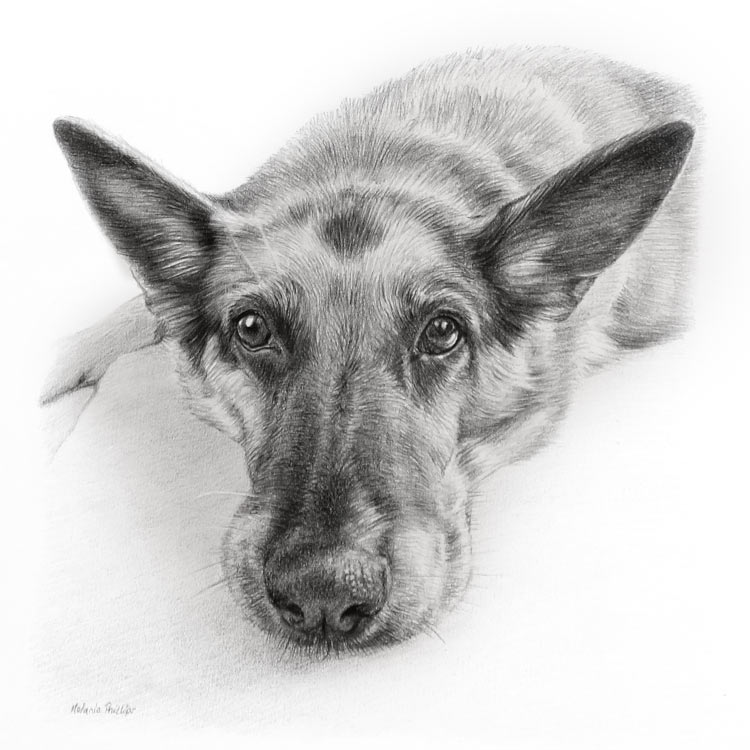 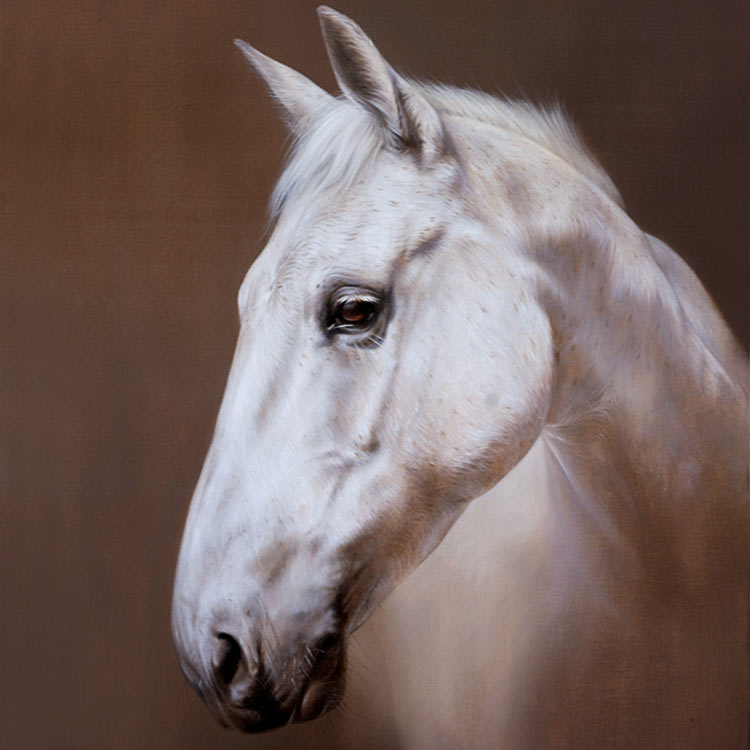